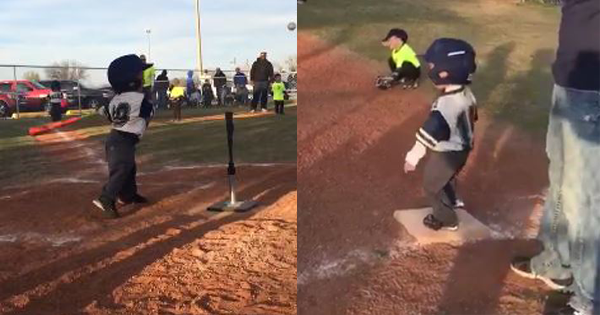 The toddlers from the little leagues are coming out to play! While pint-sized stars are getting on the home plate and taking at bat, an adorable little boy made his mark with killer dance moves on first base. Needless to say, it’s so hilarious that it has made him an overnight sensation on social media.

In only his first game on the field, little Cooper Buell has quickly become the star of his team. The cute 3-year-old batter was able to “hit the ball hard” and went running to the first base. Here’s a clip his mother, Nikki Buell, uploaded on her Twitter account that you can view here.

Once Cooper got to first base, he couldn’t hide his excitement. After all, a good swing at the ball is a small victory, but getting on first base is on a different level of achievement. Watch him dance and groove to show what’s going down here.

Nikki said in an interview with local news, “I just thought it was hilarious and my mom was actually filming the video.” The other parents on the field who saw Cooper dancing could be heard laughing at how cute the boy’s dance moves are.

One of Cooper’s cousins shared the video on Twitter and that’s when he became an overnight sensation.

So where did little Cooper get those flashy moves? Well, according to his mom, he must’ve picked it up from his older brother. “I’m gonna say his brother (laughs). I don’t know, I mean watching brother, I don’t know. We dance in the living room.”

Image and videos via, via and via.

Previous Article Parents Wake Up To A Loud CRASH. The Horrific Noise Came From Their Son’s Room! 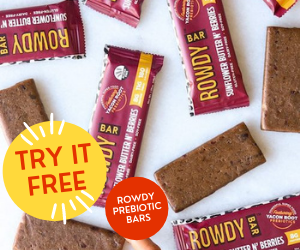 Get Help To Pay Rent 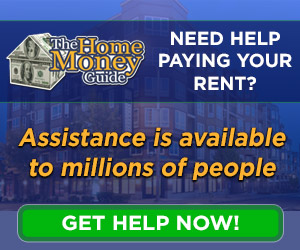 Sign up to receive pre-launch perks including exclusive discounts, free shipping and a free...

Don’t miss out this delicious, dairy free ice cream made with simple ingredients! It’s a...

Prevail has a wide range of protective hygiene made specifically for each. Click the...

Sweepstakes
Enter for a chance to win the Coors Light Summer Instant Win Game and Sweepstakes! Click the link below, then follow and complete the steps to enter....