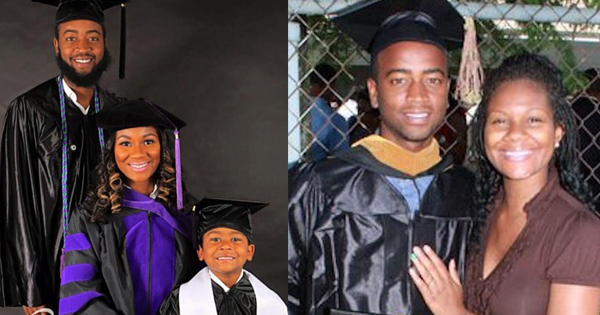 Education is such a powerful tool that it can overcome any obstacle in life. A young college couple met an unexpected turn after discovering a baby was on the way. While a lot of people assumed that they’d be leaving school to get a job, they did something far more impressive.

Now after seeing the family’s photos, people on social media are inspired on how the couple managed to stay on their feet and reach their high goals.

Mario and Nitra Myles, then college sweethearts, were surprised after an unexpected pregnancy came into their lives. The two were studying at the Xavier University of Louisiana in New Orleans where Mario was a senior and Nitra was just a sophomore.

Any young mother in this situation knows how tough it is, that’s why Nitra said in an interview with a news source, “All of my friends automatically assumed I was just going to leave school and find a job.”

Aside from her friends, Nitra’s professors from the college were skeptical about the young mother returning and even finishing school. Determined to prove them all wrong, Nitra surpassed all of their expectations. She graduated with honors, and on top of that, she’s taken up a law degree and is poised to finish the course.

Meanwhile, her husband Mario is on his way to finishing his master’s degree in special education.

The little boy that inspired them to accomplish this – their son M.J. – is soon to graduate kindergarten. It was that time when the family decided to take a moment and celebrate all of their hard work. Here’s a photo of the admirable family in their graduation attire: 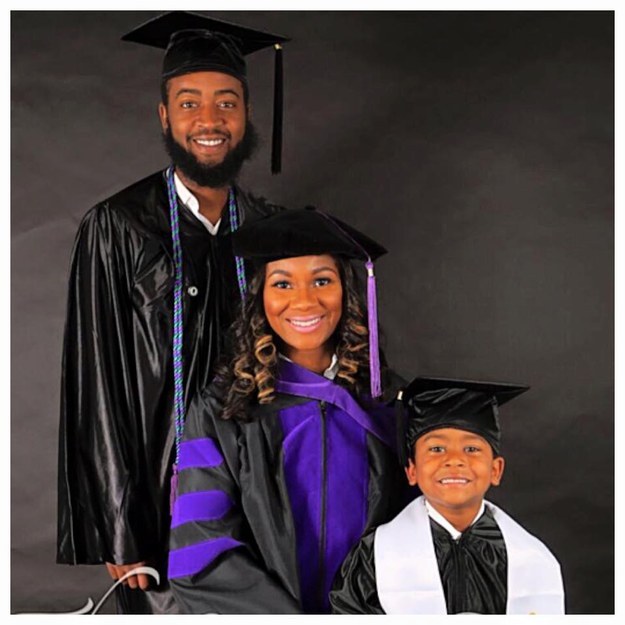 The image went viral and it has been shared more than 27,000 times.

Some of the praises said, “These are my relationship goals” while another mentioned “Goals Amazing.”

The mother wants to inspire more people to work hard and reach their goals. She shared, “There is going to be a significant amount of work that needs to be done. You can do it, and not only can you do it, but it gives your child something to work for themselves.” 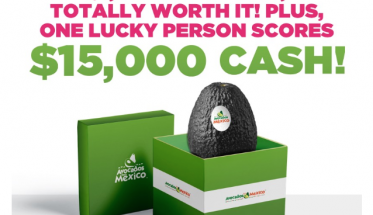