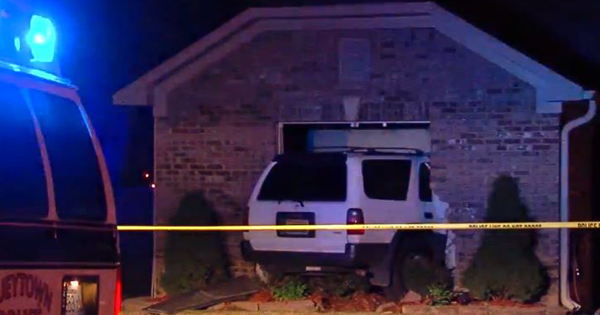 In many action flicks, breathtaking scenes take the audience on the edge of their seats. High-speed chases and “true-to-life” situations on streets and neighborhoods can surely excite the crowd, but how will you react if situations like these happen right in your very home?

A crashing noise in the middle of the night woke up the Delaine family in Alabama. While still figuring out what had happened, a vehicle appeared inside one of the bedrooms. Next thing they knew, their little boy was in critical condition.

Derrick Delaine was in shock when his son’s room was covered in rubble after an SUV crashed into their home. The terrified father said in an interview with local news, “I felt empty, I felt like I couldn’t protect him, I felt hopeless.”

Apparently, the vehicle went straight into the boy’s room and left him severely injured. He suffered a broken clavicle and fractured skull. A piece of shattered glass also went up his eyes.

As soon as they saw the damage in the room, Delaine and his wife could only scream out their son’s name and hope for a response. They couldn’t move anything because debris was everywhere. When the dust settled, the boy was seen pinned between a dresser and the bumper of the car.

“That was the longest minute of my life,” described Delaine.

John Pruitt, one of the neighbors, went into action and helped the family. Pruitt said, “We had to actually pull the Sheetrock and all the paneling and stuff from the bathroom, to go in on that side to pull the dresser off of him.”

After a few minutes, firefighters came to the scene and were able to pull the boy out to safety. The 7-year-old boy is now recovering in the hospital and slowly getting better.

“I can’t express how grateful we are to receive support,” said Delaine after the horrific incident.

The driver of the SUV, Jeremy Ross Guarnieri, has been charged with assault and drinking under the influence (DUI).

Next Article This Little Boy’s Victory Dance During His Tee-Ball Game Will Make Your Whole Day!