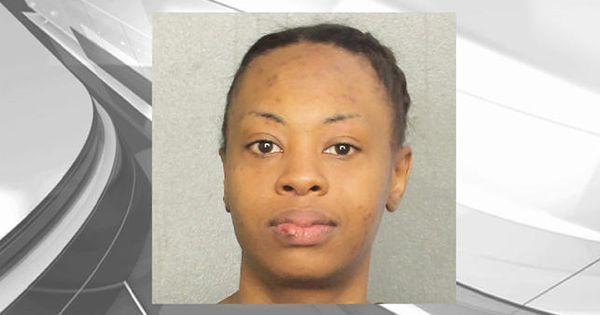 While busy mothers work hard every day to afford their kids a good future, a mom from Florida inexplicably threw her daughter in a dumpster. She told the authorities a bizarre excuse for her actions and no one can seem to figure out what was going on in her head.

Twenty-eight-year-old Catrice Yolanda Sheffield had allegedly thrown a toddler into a dumpster near Plantation General Hospital. Luckily, medical assistants from the hospital saw Sheffield in the act and were able to get the child from the dumpster.

After her failed attempt, the witnesses were said to ask the mother why she wanted to do it. She replied, “I had a miscarriage five months ago and I’m depressed.”

The police were called and soon arrested Sheffield. In the arrest report, they noted that the mother might have been taking drugs during the day and it led to her disorientation. Later on, Sheffield admitted that she’d been drinking and smoking marijuana. She’d also given two fake names before revealing her true identity.

Sheffield has been imprisoned for counts of child abuse and resisting an officer without violence. On top of that, she’s put on a $16,000 bond. The judge said to the deranged mother, “You are absolutely not allowed to have any direct or indirect contact with the two-year-old daughter.”

Kinzell Payne, the child’s father, learned about the incident and said, “It caught me unexpectedly and I would have never thought she would have done anything like this.” But he also came clean that he might fail a drug test when taken. He opted to have the family court judge place the child in the custody of the grandmother instead.

Previous Article Man Flies Home From Las Vegas Empty-Handed Until He Hears The Captain’s Exciting Announcement That’s Just For Him!

Next Article Toddler Waves To The Same Police Officer Every Morning. One Day, He Brings A Surprise…