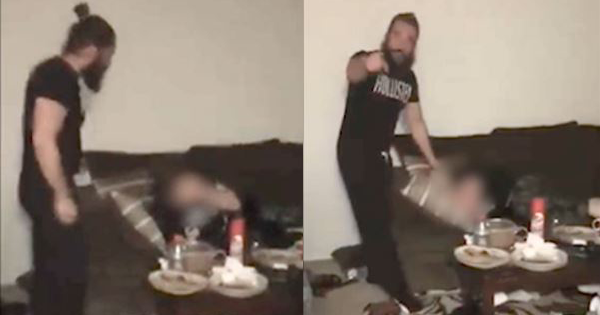 While funny memes and gifs bring delight on social media, disturbing videos are shared just the same. A few days ago, a video of what was said to be a mixed martial arts fighter beating up a helpless teen emerged and quickly went viral. Many people who have seen the shocking beatdown and recognized the attacker have called the attention of the authorities.

The West Deptford Police Department in New Jersey have received non-stop calls after a video of a martial artist beating up a teen was recently uploaded on the internet and viewed by over two million times on social media. The young man, who was not named, received slaps, punches, and kicks from his attacker.

In an interview with local news, Police Chief Samuel DiSimone described his reaction: “It took me back. I was very, very shocked to watch what appears to be a juvenile just getting assaulted for no reason at all.”

The physical assault wasn’t the only thing that happened. The boy was also threatened that if he calls the cops, “he’s dead,” said his attacker. The helpless teen could only cower on the couch and cover his face to avoid more blows to his face.

Later on, the alleged man was named by people on social media as Tony Cojocaru, an MMA fighter.

The police have released a statement about the video that has quickly become popular in just a few days. The statement on its Facebook page said:

“We want to assure the public that this matter is being investigated thoroughly and both parties seen in the video have been identified. We have ensured that the juvenile in the video is safe and is in no danger at this time.”

It was confirmed by Chief DiSimone in an interview that Cojocaru and the victim know each other but are not related.

To show support to the helpless teenager, a Facebook page named “The People vs Tony Cojocaru” has been put up. It aims to spread the message of “stop bullying” and find justice for the victim.

Next Article Parents Of Missing Toddler Are Confronted By Police…