There are things that happen in life that we wish we could just forget. There are so many instances where I think, “why did I act that way?” Or simply wished that this terrible thing had never even happened in the first place.

A young woman went to her grandmother and told her about her life. Things were so hard for her – her husband had cheated on her and she was devastated. She did not know how she was going to make it and wanted to give up. She was tired of fighting and struggling. It seemed as soon as one problem was solved, a new one took its place.

Her grandmother took her into the kitchen. She filled three pots with water and placed each on a high fire. The pots full of water began to boil. In the first pot, her grandmother placed carrots. In the second pot, she placed eggs. In the third pot, she placed ground coffee beans. She let them sit and boil without saying a word.

After ten minutes, she turned off the burners. She fished out the carrots and put them on a plate. She took the eggs and set them next to the carrots. She ladled out the water from the coffee beans and put it into a cup.

“Tell me what you see.” This wise grandmother instructed her granddaughter.

“Carrots, eggs, and coffee.” The girl replied, confused and still frustrated from earlier.

The granddaughter poked at the soft carrot and looked at her grandmother, who just handed her the egg. She broke it when her grandmother told her to. The shell was hard, but the egg itself was not hard-boiled and firm. Her grandmother gave her the cup of coffee, and when the girl took a sip, she smiled.

“What does it all mean, grandmother?” She asked, feeling a little better.

“Each of these objects faced the same adversity. They were all placed in the boiling water, but they each reacted differently. The carrot went into the water hard and strong, but it soon softened and became weak in the boiling water. The egg had been fragile, but after it’s trial, it hardened on the inside as well. The coffee grounds were unique. Once they sat in the boiling water, they changed the water, and they remained coffee beans. Now, which one are you?”

I will admit to being an egg at some points of my life. Instead of dealing with my problems, I shut out the world and became like the hardened egg instead of rising above the tragedies and hardships. Only after several years have I begun to see the benefits of becoming like the coffee bean, but it sure is hard work! Which one are you?

Story via, Image via

Previous Article THIS Woman Sent A Text To A Wrong Number…3 Years Later, She Finds Herself Marrying Him HERE! Do You Believe In Destiny?!

Next Article 19 Things We Learned From Winnie The Pooh…And STILL Remember To This Day! 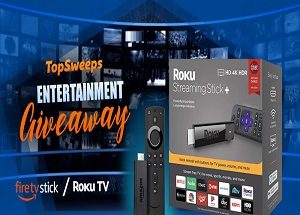