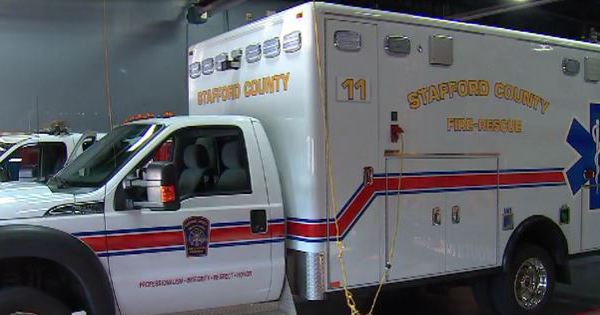 Imagine saving someone’s life in a dire situation and getting slapped with a penalty after a heroic deed. This doesn’t make a lot of sense, right? That’s what Captain James Kelley and Sergeant Virgil Bloom from Virginia face after saving a baby girl who suffered a seizure.

Apparently, the volunteer firefighters rushed the child to the hospital in a fire truck. All of a sudden, the “heroes” got suspended because their vehicle was not licensed as a “transport unit.”

“It hurts. It’s not only hurting us, it’s hurting the citizens as well because we’re not staffed enough all the time. It’s taken a toll on a lot of things,” Captain Kelley said in an interview with a news source.

The incident began when Brian Nunamaker made a 911 call about his little girl who suffered a seizure. The first responders were Captain Kelley and Sergeant Bloom of the Falmouth Volunteer Fire Department in Fredericksburg. Since Captain Kelley assumed that the ambulance would arrive in the next 10-15 minutes, he told the driver of the fire truck to turn on the engine so the helpless child could be brought quickly to Mary Washington Hospital.

Although an ambulance contacted them to meet up, Captain Kelley denied the request because they were already near the hospital.

Nunamaker believes that the firefighters’ split-second decision was critical and it saved his daughter’s life. He said in a statement from another news source, “They simply had the best interests for our daughter’s care in mind. We are extremely thankful they made the decisions they did, and that our daughter is back home with us doing well.”

He then added, “The actions of these men represent a dedication to their mission, and a deep concern of doing what is best for the people they are serving.  In our eyes, they are heroes.”

A firefighter for 20 years, Captain Kelley reacted about their suspension, “I’ve been very active — so taking some down time is definitely hurting.”

The Stafford County Fire and Rescue Department who laid down the suspension said they are unable to comment because the issue is under review.