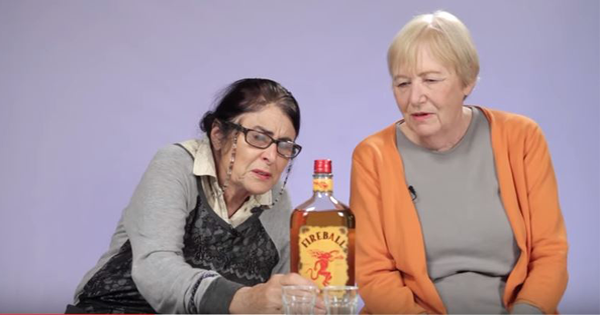 A lot of folks would agree that college was the best years of their lives. They get to drink alcohol at parties, stay up until the sun comes out, and do it all over again. As soon as they hit the age of 30, though, everyone becomes serious about careers and family life. It’s a complete turnaround from the past.

This is probably why Obsev, a digital magazine, invited a fun bunch of grandmothers to a short drinking experiment. In the video below, they were asked to try Fireball Whisky. For sure, they have no idea what it is, and needless to say, their reactions were priceless.

If you haven’t heard of Fireball Whisky, it’s a popular drink in college frat parties. This staple liquor is infused with a cinnamon flavor that gives the whiskey a burning sensation. That different kick is what the young crowd digs in this hot number.

Before they imbibed in the Fireball, the grandmothers were asked to share their usual drink of choice. Just like the classic taste that they have, the ladies mentioned scotch, vodka martini, Malbec, and Zinfandel. The surprising part is that these women have exquisite selections and they do know what they want.

A little sniff and the grandmas are off to the races. Cheers! One of them described it like this: “It kind of tastes like a medicine-type thing. Like a cinnamon, hot medicine going down.” Another one was quick to say, “It tastes very nice.”

So what happens next? One grannie suggested, “I think we have to go out and dance now.”

These grandmothers know how to keep their cool despite the fiery bottle in front of them. It’s safe to say they enjoyed a taste of the Fireball. They don’t even mind drinking it once again. Do you think your grandma would like a shot of this as well?

Image via.  Video via.

Previous Article WANTED Man Sends SELFIE To The Police. He Hates His Mugshot, Of Course

It’s never too late to get a 2020 Calendar especially if you are fan...

Send your loved ones a greeting card that your personalize! Click the link below...

Who wants some sweets?! There’s FREE Gummies on February 21-23 for Big Lots Rewards...

Make sure to try this new release charcoal mask! It helps rejuvenate and add...

ZonePerfect Macros bars have a balanced blend of macronutrients that you need for your...

A must have in your home… because we never know when we need a... 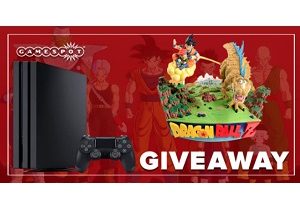 Sweepstakes
Enter for a chance to win the GameSpot Playstation 4 Sweepstakes! Click the link below, then follow and complete the steps to enter. Ends on February 29,...