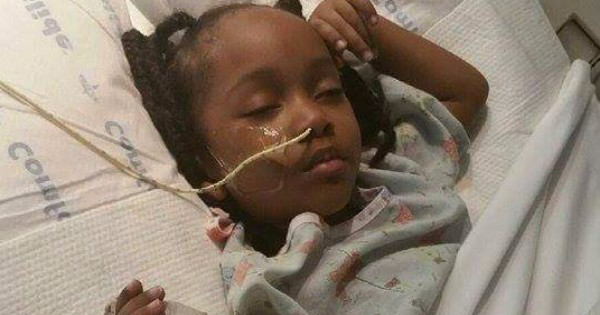 A trip to the dental clinic frightens a lot of children. That’s why as health care professionals, dentists must help them overcome their fear. Unfortunately for a little girl in Houston, she has suffered a severe trauma while getting treated by a local dentist.

Four-year-old Nevaeh Hall suffered severe brain damage after a dental procedure at Diamond Dental. Her family claimed she was given multiple sedatives. The child was also placed on a papoose, a restrictive device that prevents arm and leg movement. It’s said to be typically used on children.

After discovering Nevaeh’s ordeal, her family filed a lawsuit against the dental clinic. They said that the child had multiple seizures from the sedatives administered on her.

The family’s attorney said, “In essence what happened is this child was chemically and physically suffocated. This child suffered massive brain damage during that time period and that didn’t have to happen.”

Nevaeh’s mother, Courissa Clark, allowed her daughter to visit Diamond Dental for the third time because she was expecting some of the child’s teeth to be extracted. According to the lawsuit, the child’s parents were simply asked to sit in the waiting room during the procedure.

An independent dentist saw the records and it showed that the young patient was “sedated in the office for over seven hours, given five sedatives for a routine dental procedure that should have been done and over by mid morning.”

More flaws were found on printed copies of the oxygen, blood pressure, and pulse measurements. The independent dentist described them as “off the charts.” Nevaeh’s heart rate reached as high as “195 beats per minute” and her blood pressure also rocketed to “a dangerous 168/77.”

In a news conference, Clark said, “They [the dentists] never did call it a seizure. They just said shaking, she’s shaking.”

Bethaniel Jefferson, the dentist in hot water, has been penalized by the Texas State Board of Dental Examiners twice prior to this incident. Her dental license has already been suspended.

The family is urging the public to stay aware of any dental treatment, especially with restrictive devices. They’ve opened a Go Fund Me account for Nevaeh’s medical expenses.