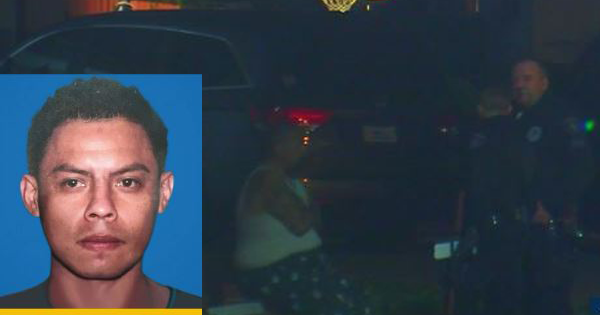 The issue of gun control has been a long and heated debate across the country. While some citizens insist that weapons are for protection, others are afraid of the potential for misuse.

As clashing opinions add up, a father in California is steadfast in his right to bear arms. If he didn’t have one at home at the most critical time, who knows what could’ve happened to him and his family.

After his daughter heard suspicious noises inside the house, Art Corrall prepared for the worse. The father from Ontario, California, grabbed his gun and began looking around.

A protective father that he is, Corrall found the intruder and opened fire after he told the criminal not to move. He saw the man lying down on the floor close to the pool table. The intruder was later on identified as Jose Andres Alfaro Chavez.

Corrall opened three gun shots that heavily pinned down Chavez. Based on a report, Chavez was rushed to the hospital and his condition is yet to be determined.

An angry father said in an interview, “What would have happened if I didn’t? We would have had a big ol’ pillow fight? I’m a hardworking guy. Me and my wife work for what we got here, and our kids and stuff.”

He then mentioned the importance of having a weapon in this type of situation. “I just believe that if we don’t have rights to bear arms, how else am I going to defend my family?”

The incident involving Chavez has happened prior to this incident.
Elizabeth Martin, Corrall’s neighbor, encountered the intruder right in her own home.

She allegedly warned Chavez to stay away from the neighborhood and stop breaking into homes. If he does it again, he’ll get shot.

While the police are currently investigating, it is unknown whether charges will be filed against Corrall. The father reacted, “I’m willing to take whatever consequences they give me. I feel I was in the right.”

“As long as my kids are still breathing and they’re alive, I’m justified to do it,” he added.

Previous Article Dentist Asks Parents To Wait In Waiting Room While Their 4-Year-Old Was Sedated And Held In Restraints. Now She Has BRAIN Damage

Next Article Teens Refuse To Clean Messy Bedrooms, So Clever Mom Does It For Them. But There’s Quite A Catch…