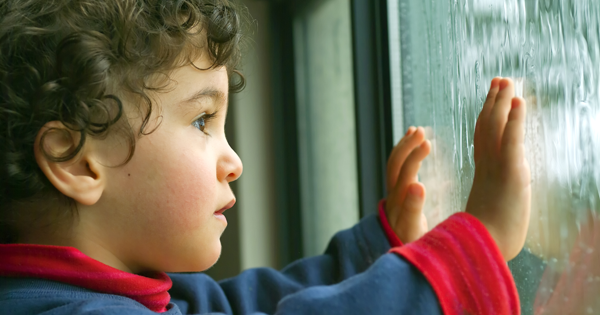 How safe are your children inside the house? Are they safe enough that they can’t escape and run outside? In this shocking incident, a toddler was able to sneak out of the house unnoticed and run towards a speeding highway.

Thankfully, after the child was reported missing, a Good Samaritan soon called the authorities and brought the missing tiny tot to safety.

A frightening incident was reported in Kansas when a 3-year-old was reported missing. The incident happened around 7:30 in the evening when the child’s 8-year-old sister picked up the phone and called the Harvey County Sheriff’s Office.

According to the report, the toddler managed to escape the house without anyone noticing. Incredibly, the toddler reached half-mile down the road walking alone. Later, someone noticed a small figure running along the busy highway of U.S. 50.

Sheriff T. Walton of Harvey County later identified the person as a Tabor College student. The student immediately called the police to report the missing child. It turned out that it was the same child who ran away from home undetected.

It was fortunate that the college student found the missing baby in the nick of time. It would be terrible to realize what could have happened if someone else saw the toddler alone.

The authorities are still investigating whether charges will be filed against the child’s parents because the toddler was able to run away from home that quickly. Meanwhile, they’ve decided to bring the 3-year-old and the 8-year-old girl into protective custody.

This story serves as a lesson for parents to always keep their children safe especially inside the house. A child that has gone missing is one of the worst scenarios any parent can ever face. What’s worse is it happened right inside the house, which should be the safest place for young ones.

Previous Article Just Another Typical Invitation To A Classmate’s Birthday Party? Not For THIS Boy And His Mother!