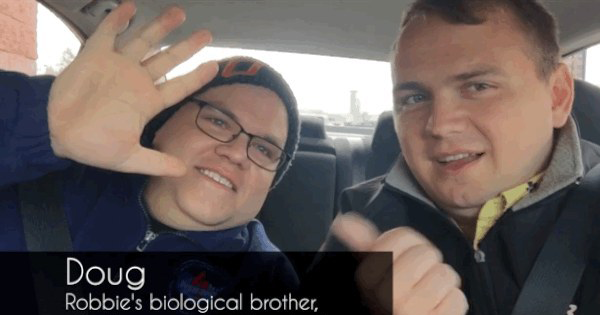 Biological brothers Robbie and Doug were adopted by the same loving family since they were babies. The boys eventually grew up as fine gentlemen in the care of their adoptive parents. One day, Robbie became curious to know about their biological mother. Soon, the brothers started a search that ended in the most beautiful way.

“I didn’t really care, because the adoptive parents were my parents and I didn’t think any other way,” Robbie said in an interview with a news website.

However, curiosity took over him, and so he started searching for his mother through the internet. He was able to find about Suzanne, their biological mother.

Anxious, excited, and not sure what will happen next, the brothers Robbie and Doug drove to Colorado to finally meet their mother.

One of the brothers quipped, “I am a little nervous… I get to see… what my life could have been.”

There’s a lot of reasons to be nervous because there’s a lot of uncertainties. Robbie’s friend was even skeptical about the trip. He didn’t want it to end like “sh*tshow” because the guys “don’t deserve that” according to him.

Robbie admitted that he had some reservations and said, “It was kinda hard to get a read on her the last couple times we talked on the phone.”

When the brothers finally arrived at Suzanne’s house, anxiety and excitement filled everyone at the same time. They were surprised to see some of the photos of their biological father and brother. They mentioned, “Wow, that is uncanny.”

The part that struck a deep chord was when Suzanne wanted them to be adopted, but they had to stay together. She told the boys, “You fulfilled my deal with God, because I wanted a better education, a better life [for you]… and you did.”

After the eventful meeting, the brothers reflected on what happened and they were very impressed with their biological mother’s strength to give up her own sons to let something “amazing” happen to them.

Previous Article Man Is Forced To Pay Child Support For His Wife’s Baby. The Only Problem? He Hasn’t Seen Her In 20 YEARS!

Get the signature scent of the best-selling hair care products in perfume form. Click...

For each bottle of Schiff Move Free® Advanced purchased in the United States during... 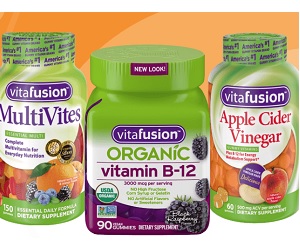 Sweepstakes
Enter for a chance to win the Vitafusion Wellness Bundle Sweepstakes! Click the link below, then follow and complete the steps to enter. Ends on September 27,...