Several anonymous reports from a local neighborhood playgroup have confirmed that Angela Smith (name changed for privacy) was able to save nearly $10.00 this weekend after shopping for children’s clothes.

An ad in her weekly newspaper advertised that there would be a sale on jeans for kids, so she packed up her two children into her 7 seat van and headed to the mall that was only an hour and a half drive from her small suburban home in a nice neighborhood. “We have a lake with a fountain, and sometimes there are ducks!” she told a local news reporter.

When she arrived at the mall, there were only 7 pairs of kid’s jeans left on the table. “None of these sizes fit my kids! I asked the sales clerk how they could run out when they were having a sale, but she couldn’t give me a straight answer.” Smith reported.

Instead of feeling cheated, she decided to take a look around the mall and found new sheets for her bed, matching t-shirts for her children, and a ton of free perfume samples. “They were all on sale!” Smith said.

It feels good to save money, especially when times are tight. “That $10 can now be used towards our weekend fun! We can buy a movie ticket with those savings.” Smith explained.

When you’re looking for a good deal, try and get the most out of the sale – it’ll really help you out in the long run. Just look at Angela and her successful shopping trip!

Collagen is the most abundant protein in the body ensuring the health and vitality...

Keeps your clothes soft and smelling fresh for over 35 days. Click the link...

Enter for a chance to win the Hallmark Channel ‘Very Merry’ Sweepstakes! Click the link...

Kind Snacks is celebrating World Kindness Day and they are giving you the chance... 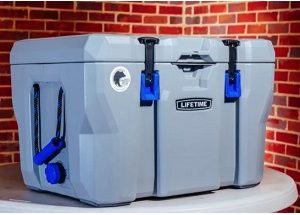 Sweepstakes
Enter for a chance to win the Hy-Vee & Mountain Dew Instant Win Game! Click the link below, then follow and complete the steps to enter. Ends...