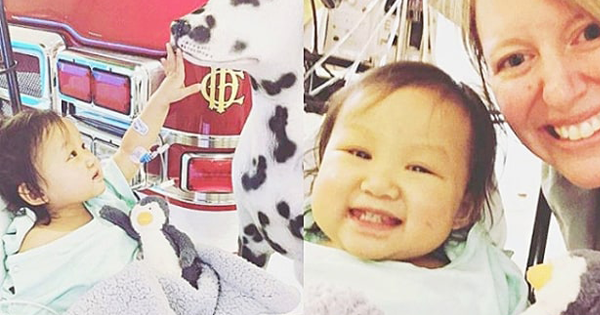 A handful of challenges await couples who want an adoption, but none might be greater than what Jesse and Nick Faris had to face.

The couple’s adopted baby needed an immediate transplant procedure. Although a donated organ was finally found in Chicago, a blizzard struck their town in Memphis that made traveling almost impossible.

Running out of time and options, the parents felt the odds stacked against them. That’s when a friend reached out and told them that they can fly via FedEx.

Memphis couple Jesse and Nick Faris had been waiting for the life-saving liver for their little girl, Brooklyn. The 2-year-old child suffers from Alagille syndrome, a genetic liver disorder that prevents proper waste elimination along the bloodstream.

As soon as the couple got word from Ann & Robert H. Lurie Children’s Hospital in Chicago, they were really excited. Brooklyn has been moved on top of the liver transplant list. They quickly made travel plans. The only thing that stopped them was the awful weather. Flights had been cancelled left and right and major highways were shut down.

In an interview with local news, Jesse said, “They called and said if we could get to the airport in 30 minutes, they could fly us free on one of their corporate jets.” The surprised mother added, “We rushed over and met two extremely nice pilots. They showed genuine concern for our comfort and for Brooklyn.”

The window time for the organ donation was slim because other patients are waiting in line. The couple even considered “driving or taking a train.” However, they were so worried because they might not make it on time.

The blessing came in the nick of time and she even mentioned, “It was the nicest flight I have ever been on. I wish I could have enjoyed it more.” All thanks to the kind people at FedEx who offered their assistance, Brooklyn is recovering well.

Previous Article Teacher Catches Kindergartner Sticking Out His Tongue At Her. Then She Grabs A Wooden PADDLE…

Next Article Mom Finds $10,000 On The Sidewalk But What Does She Do About It…